Craps is the fastest and one of the most exciting casino games with over 50 bets on the layout. What follows is an explanation of the most common bets made by craps players, and the ones that are your best bets.

This is by far the most common bet made in craps. It is also known as a “line bet.” When the dice pass to a new shooter, craps players wagering on the pass line are hoping that the shooter will win. This occurs if the shooter:

Pass-line bets lose when the shooter:

What determines if a craps bet is good or not depends on:

The house edge is a percentage of each bet you make that the casino expects to win. In the case of the pass line bet, the house edge is 1.41%. The latter occurs because when you make a pass line bet, you can expect to win 49.3 percent and lose 50.7 percent of the time. In other words, the rules favor the casino winning more bets than the player, which creates its advantage.

Another way to evaluate the “worth” of a craps bet is its cost per hour. In a well-managed craps table, the dice will roll about 100 times per hour. The number of decisions that occur on the pass line is 30 per hour on average. Assuming a player makes a $5 pass line wager, the cost per hour is $5 wagered times 1.41% times 30 = $2 (rounded).

Tip: Making a pass-line bet is a smart bet to make.

A come bet is similar to the pass-line bet except you make it after the shooter establishes a point number on the come-out roll. The come bet has the same win/lose rules as the pass line, meaning it wins if the shooter throws a 7 or 11 on the first roll after the come bet is made and loses if a 2, 3, or 12 are rolled.

Tip: Making a come bet is a smart bet to make. 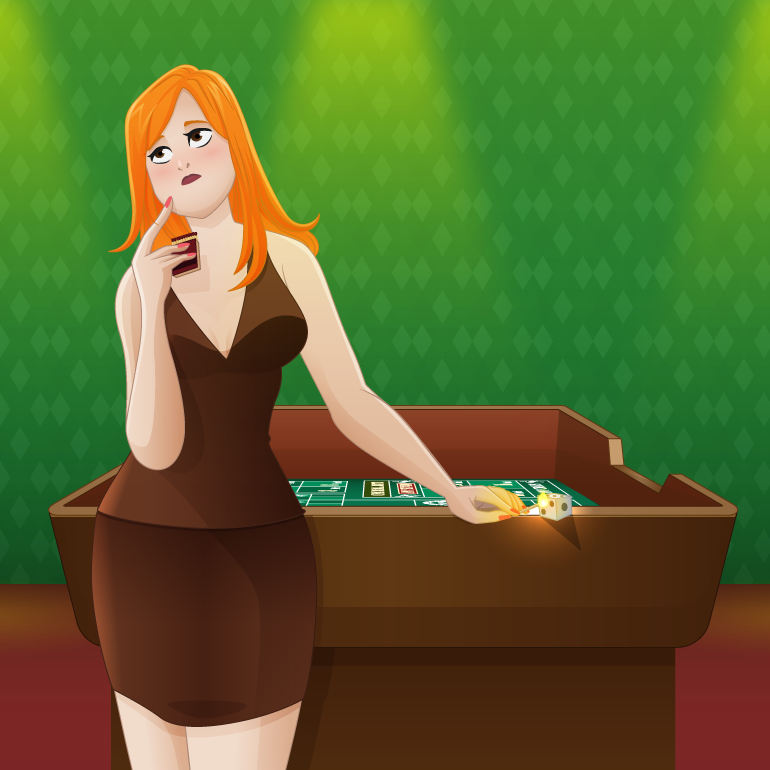 The odds bet is the best bet in the entire casino; yet, you will not find it labeled anywhere on the craps layout. The good news is the payout odds for a winning odds bet are equal to the probability of the bet’s winning; therefore, the house edge is zero. The bad news is that you can’t make solely an odds bet; it must be made in conjunction with a pass line or come bet.

You can then place another $10 in chips directly behind your $10 pass line wager (representing the odds bet). The shooter will continue to roll the dice until one of two events occurs.

For each point number, the payoff for the odds bet are the same as the true odds for the corresponding odds bet.

Tip: To take advantage of the odds bet, you should lower the amount of your pass-line wager in anticipation of making an odds bet. For example, suppose you wager $50 on the pass line. Your cost is:

If instead, you decrease the pass-line wager to $25 and then subsequently place $25 on the odds, the house edge on the combined $50 wagered is:

You are risking the same amount of money ($50) but at a lower cost (42 cents vs. 70 cents). Therefore, you should always take what you would have bet on the pass line, and put a percentage of it on the pass line and the rest of it on odds. If you want to increase the amount of your next bet, don’t add more chips to the pass line; instead, add them to the odds wager. That’s the smart way to take advantage of the odds bet. 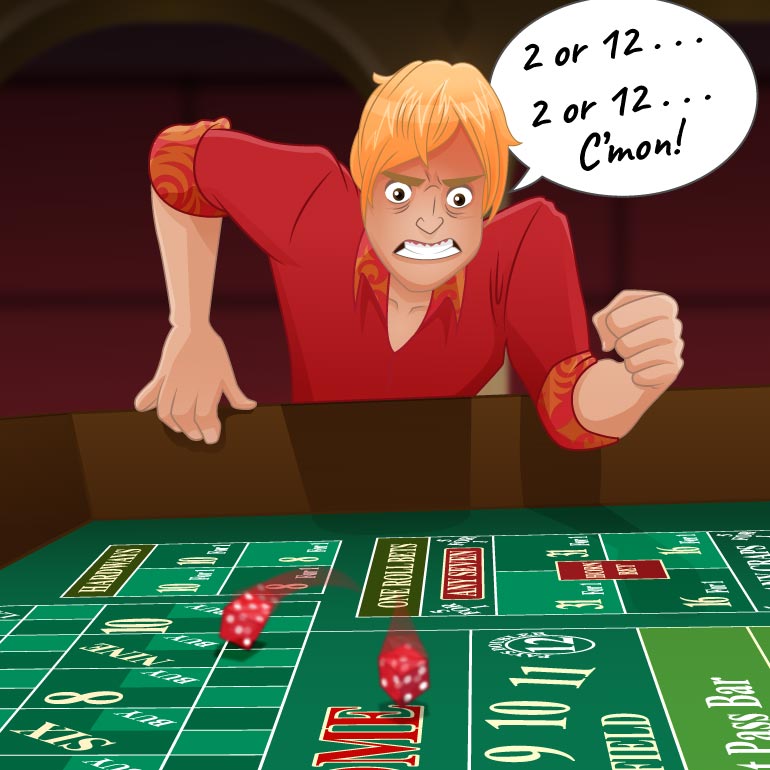 Some of the latter numbers are more difficult to roll than the other numbers. Therefore, the payoffs on place bets differ from one number to another – and the house edge is different.

The field bet is popular because of its simplicity: it’s a one-roll wager that either wins or loses. After you make a field bet it either:

On the surface, the bet looks good since you win if any one of seven numbers is rolled and lose on only four numbers. However, here is the rest of the story. The four numbers that the bet doesn’t cover just happen to be the ones you are most likely to roll.

There are several other common craps bets, and in a future article, I’ll describe them.