Now, in those days I didn’t exactly know what a man being out-of-mind meant. Today I do. Zucco’s character was really scary. He was a mesmerizer. He could put people “under” and these people would do naughty things such as killing other people and the like. I also didn’t quite understand what “under” meant.

In retrospect one of my neighbors in the building across Third Avenue was out-of-his-mind too. He used to talk to the lamppost every night. I could see him from my room which overlooked the avenue and the lamppost. I thought for a while that this man may have been mesmerized too.

Well, Zucco’s character developed a circular contraption that he would spin which could mesmerize people who stared at it and then he could get these people to do all sorts of horrible things, even yelling and hitting lampposts like the guy from across Third Avenue.

What the doctor was doing was mesmerizing people. I think mesmerism was a precursor to hypnosis. It was a great tool to get people to become evil. Again, I didn’t quite know what mesmerizing was but it sure changed nice, loveable people into savages.

The movie’s events took place in England, which was always a dark place in those old-time black-and-white movies. The cities had so much fog. It was a wonder anyone could see.

So many people were killed in their big city called London. I wondered if all of the murderers were mesmerized too. I put it into my mind to avoid ever going to England. That stuck until enough color movies showed that England wasn’t so bad and it wasn’t always foggy.

The mesmerized seemed somewhat awake because they were ambulatory but in reality, they really weren’t in our reality any more.

That was my 7-year-old understanding.

Can casino players become mesmerized by the games they play?

[Please note: I am jumping out of the movie right now, into our world, the world of the unmesmerized and I am no longer 7. You and I are meeting now in the real world but that real world has its secrets too. It might not be all that far away from my 7-year-old world. We now know that there are many states of consciousness and one of them is a meditative state.]

About 25 years ago I researched an article about slot players who felt that they were transported into a meditative state while playing the machines. Time seemed to slow down or even stop for them as they went into a reverie of slot play. They didn’t win or lose more money than regular slot players but their mental states during their playing time were quite different from their fellow slot players.

Was this a common phenomenon among the slot players I interviewed? Did they all go into altered states? Not really. But it did happen to a select few players. I didn’t notice much of a difference between men and women who experienced this new state of mind while playing the once-called “one-armed bandits.”

I thought that indeed it was an altered state of consciousness for these players. The world they knew had disappeared and the slot world consumed them to the extent that they had no other thoughts or no thoughts at all so to speak.

They played and played, in a comfortable, relaxed, new state of consciousness, an altered state at that. Most of them didn’t really know as time passed whether they were winning or losing.

The slot play put them elsewhere is the way to look at it. Yes, indeed, at a certain point they would stop playing and go back into the regular world, our world, not really giving too much thought to what had happened to them when they played. The aftereffects? Pleasant feelings.

I didn’t follow up on any of this over the decades. Heck, a small number of slot players getting all-the-way into their machines? Sure, why not? Some slot players love their machines. That was no secret. Maybe these were the ones who went all in when they played and actually changed the course of their consciousness.

Most of the slot players actually laughed when I asked them questions about becoming “mesmerized” by their machines. Some looked at me as if I were mesmerized.

One woman had actually seen that movie with George Zucco. She thought that maybe I had become “off” by writing about the casinos and their games. She thought I should get “some fresh air” and drop the subject of mesmerism because “there was no such thing. It was just a movie, young man.”

One guy in Vegas thought the machines were tools of Satan. I don’t know if he was just teasing me or if he really believed what he was saying. I didn’t really pursue a discussion with this guy. He kind of looked out of his mind to tell you the truth.

Okay, now I am back to the topic. Can some casino players get into an altered state of consciousness – not drinking or on drugs either?

A player I have called Roulette Ralph in some past articles said to me in one conversation that he believed that roulette put some players “under.” He thought that they didn’t really play the game “in a focused way. They didn’t seem out of it but they did seem really into it, if you know what I mean.”

He thought that the players who bet the numbers “straight up” did not have this happening to them because they had to maneuver about and around the other players betting directly on the numbers. That meant they had to be aware of who was around them and what was happening. A player couldn’t be drifting off.

“It’s the player who is betting the even-money bets that will go under. They seem to be elsewhere, if that makes any sense,” he said. “Maybe you should look into that. It might make a good article. I think something is happening to them. They aren’t as agitated as the other players. Not as charged up.”

Okay, Roulette Ralph, I am looking into it. Are there altered states when playing roulette?

Roulette and Altered States of Consciousness

I used the simplest method available, I asked them. The straight-up players had no consciousness change. They were into the roulette game, yes, but they didn’t have what are called oceanic feelings as do some people experiencing meditative states.

Most of the even-money players thought I was nuts to ask them such questions as:

When the players would answer one or more of these questions, I would follow up to see what they meant by what they were saying. It was an interesting few days during several trips to the casinos. I picked casinos where there were a lot of roulette tables so that I had many players I could question. 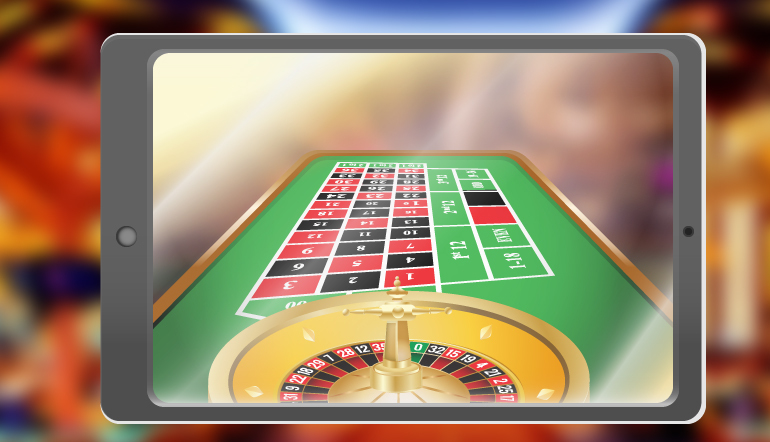 What the Players Said

Paulie D: “Man, I give myself a certain amount of money and I play for a couple of hours at a clip. After a few spins of the wheel, I just stick to betting the even-money bets. Same bet by the way. I bet black each and every spin. I don’t think about it at all.

“When the dealer says place your bets, my hand just pushes the bet onto the black area. Oh, obviously, I do sit right in front of the even-money bets. I don’t want the hassle of barging into a crowd to place my bets. Some roulette players are very aggressive. That’s not me. I am cool and laid-back. I don’t want to think when I play.

“Am I in a different state of consciousness when I play? Maybe. I never thought of that before. I do feel really relaxed when I call it a session whether I win or lose. Interesting. I’d have to give this more thought.”

Marge F: “I tell my friends that the even-money bets are the best ones to make because the game feels different by doing this. Not one of them listens to me. They are adamant that they want big wins and they put up with the losses. Okay, they drink and have a good time. That’s their thing.

“That’s not for me. I don’t want to drink or cheer or anything but place my bets and take my wins when they come.

“I don’t want to think when I pick which proposition that I am going to bet on. Whatever came up in terms of color on the spin is what I bet on the next spin. I do not think about this at all.

“I will take my win and I will place the next bet. I find that I go into a kind of, I don’t know what you would call it, maybe a dream-like state. When I am finished with my playing session, win or lose, I feel actually refreshed. My friends seem exhausted. I am the exact opposite. Now I could go out for a few drinks but my friends all want to go to bed.”

“I play Odd or Even and I don’t jump from this to that bet. I actually try not to think. I spend my working life thinking all the time. My roulette play is to take me out of my normal world and put me into a special world.

“You said an ‘altered state of consciousness.’ I do not know about that but I am not in my regular consciousness. Time is kind of irrelevant. I don’t lose sight of my wins and losses and at a certain point I do stop playing, but during my play you could say my mind is free from everything else.”

Okay, these are three examples of what players told me. What can I make of this? I guess I might have to call up George Zucco to find out if these players were in any way mesmerized.