Arnold Snyder is not your classic blackjack master. He did not graduate from MIT, he was not charmed into the world of card counting by the likes of Alan Woods or John Chang. And he did not start out with much of a bankroll.

In fact, he was a letter carrier when he first came across books on blackjack – titles such as “Beat the Dealer” and “Playing Blackjack as a Business” – and absorbed their strategies.

But without the ability to bet very much, and no appetite for large swings, card counting was a tough way to go for Snyder. Never mind that conditions he found in places like Lake Tahoe were phenomenal.

“They had single-deck games with deep shuffle points,” Snyder, author of the recently published memoir “Radical Blackjack,” recounted to 888. “I saw dealers run out of cards and shuffle from the bottom to finish hands.

“The conditions for card counting were great – even though it was all hit soft 17 and double on 10 or 11 only. I made up to $100 to $150 max on those trips. But I had a vision in my head: I would come back with real money and needed to understand the game’s procedures. Plus there was an enjoyment factor.”

Snyder first made a name for himself when he produced a booklet called “The Blackjack Formula,” which provided a mathematical formulation for calculating card counting advantages in blackjack games. It was a hit and made more money for Snyder than blackjack previously did.

He later put out “Blackjack Forum,” which was a cool publication written and read by advantage players. But the game of blackjack got big for Snyder when he discovered shuffle tracking.

Shuffle tracking is a sophisticated advantage playing technique in which, boiled down, players literally track clumps of cards through shuffles. They can discern when the good cards (Aces and 10-value cards) will be dealt.

Snyder was schooled on the technique by a legendary casino-gambling genius named Steve Forte. At the time he began deploying the technique, in the 1990s, shuffle tracking was not widely known.

“Steve told me that you mentally do it by tracking slugs of high cards, seeing where they go in the shoe and following them through the shuffle,” Snyder said, acknowledging that it’s harder than it sounds and took quite a few passes before he nailed the gambit. “I got it while at the Calgary Stampede (a week-long rodeo exhibition in the Canadian city of Calgary). They had four-deck games, 100 of them, with $1 minimum bets.”

Games were hand-shuffled, with deep penetration, and card counters were all over the place. Snyder could have done well as a counter, but he had something bigger in mind. He found it on a table where 15 cards had been dealt and a dozen of them were 10s and Aces.

“I wondered if I could follow that group of cards – and it was easy!” he said. “He got to the cards, I bet five bucks and the high cards flew out. I was, like, ‘Holy shit. This is fantastic!’ I won money and realized I could do this in games anywhere.” 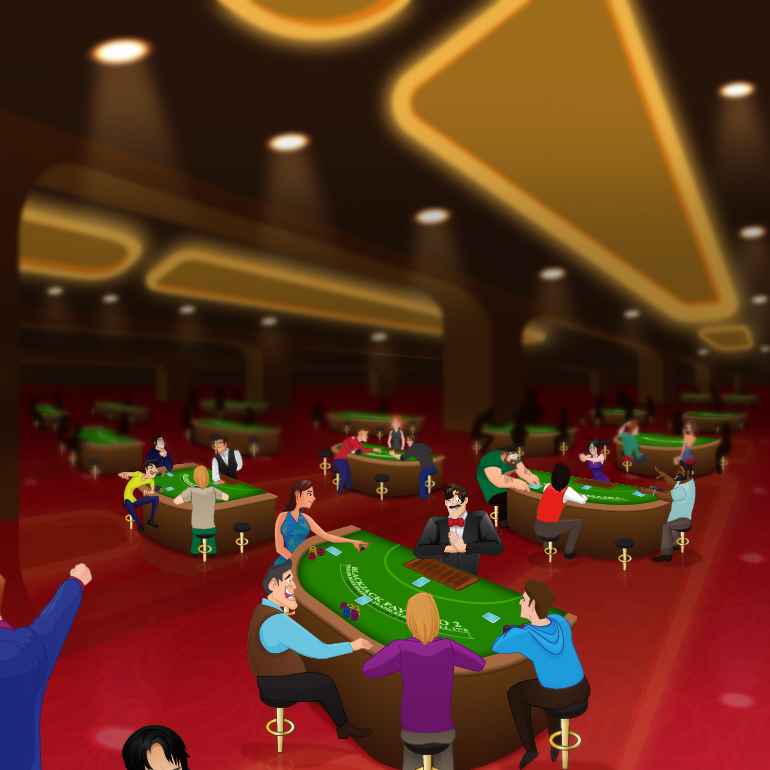 Then he found out that it is not so easy; the shuffles in Calgary were particularly simple. But Snyder worked at it and got good. In 2000, the advantage player landed a backer with deep pockets.

“He gave me a couple hundred thousand dollars and told me to figure it out,” said Synder, who went on to do precisely that for large returns. “Major casinos think in terms of card counters. They might think about hole-carders. But they rarely think about shuffle trackers. The few places where I did get backed off at, it was not because they figured out what I did. It’s because I was winning and nobody knew why.”

And win he did. “Radical Blackjack” is loaded with anecdotes about Snyder and his playing partner – a woman referenced as Radar, who later became his wife – crushing games in Las Vegas and beyond. Like the time he and Radar bought in for $100,000 at Palace Station in Vegas, quickly turned a profit of $30,000 and got backed off under suspicion of card counting.

“I wanted to tell [the casino employee] there was no way my bets were following the count because I always knew the count and I was purposely not betting with it,” Snyder writes in his book, making the point that shuffle tracking was much more valuable than card counting and he would do nothing to rouse suspicion.

Here’s an Arnold Snyder blackjack sermon back in the 80’s https://t.co/H7xWyO1wEU

No Counting, But Crushing Casinos

Then there was the trip to Tropicana in Atlantic City where he and Radar won $85,000. Snyder deflected suspicion by having dealers cut the cards for him. They were able to cut exactly to the center, which suited Snyder just fine – except for on the rare occasions where slugs of cards needed to be maneuvered.

In those instances, Snyder would do the cutting. But he liked the idea of unwitting dealer assisted shuffle tracking. As he marvels in his book, “Those were some of the best-trained dealers I’ve ever seen.”

While playing Crown Casino in Melbourne, Snyder was dealt a 20, betting minimally, with the good cards yet to come – in fact just one card away. But how do you hit a 20 and not look like you are running a  fishy play?

Radar made a big stink about him needing to do something to “shock the cards.” She pressured him to hit – her hectoring made it look good for casino personnel – and of course Snyder played along, acting like he was reluctantly taking a card. He did, he busted and she insisted that his next bet be $10,000 on two spots since the cards had been suitably shocked.

Surprising to the casino, but not to Snyder or Radar, he was promptly dealt a pair of blackjacks for a $30,000 payoff.

At the time of Snyder’s book, shuffle tracking existed as an advantage play secret. It became wider known largely because of Snyder’s publication, which turned a decent profit but also spilled the beans on a relatively esoteric technique. Did he regret putting it out there?

“Never,” replied Snyder. “A lot of people are not good at shuffle tracking.”

Those who are, though, have thanked Snyder profusely.

“Shuffle tracking opens your eyes to a way of being in the casino and remaining invisible,” he said. “You can look like a very bad player who is very lucky. Your decisions do not look right. You stand when you shouldn’t and double down when you shouldn’t. You look like a gambler who can’t even play to basic strategy.”

Of course, precisely that impression is an advantage player’s dream. As Snyder put it, “You feel like you can do anything and the casino won’t get suspicious.”

The Variants Looking To Take Online Blackjack to the Next Level

How to Start Your Own Sportsbook Business

Why Sport Bet Kings is an Awesome Review Site

The Variants Looking To Take Online Blackjack to the Next Level

How to Start Your Own Sportsbook Business

Why Sport Bet Kings is an Awesome Review Site

How To Play Multi-Hand Blackjack

Are Blackjack Side Bets Worth It